Louise and May went on a whirlwind tour of 14 different boarding schools with about 12 other educational consultants. We rode on school buses all week that somehow the kids at schools call “toaster buses” and stayed at the Litchfield Inn. 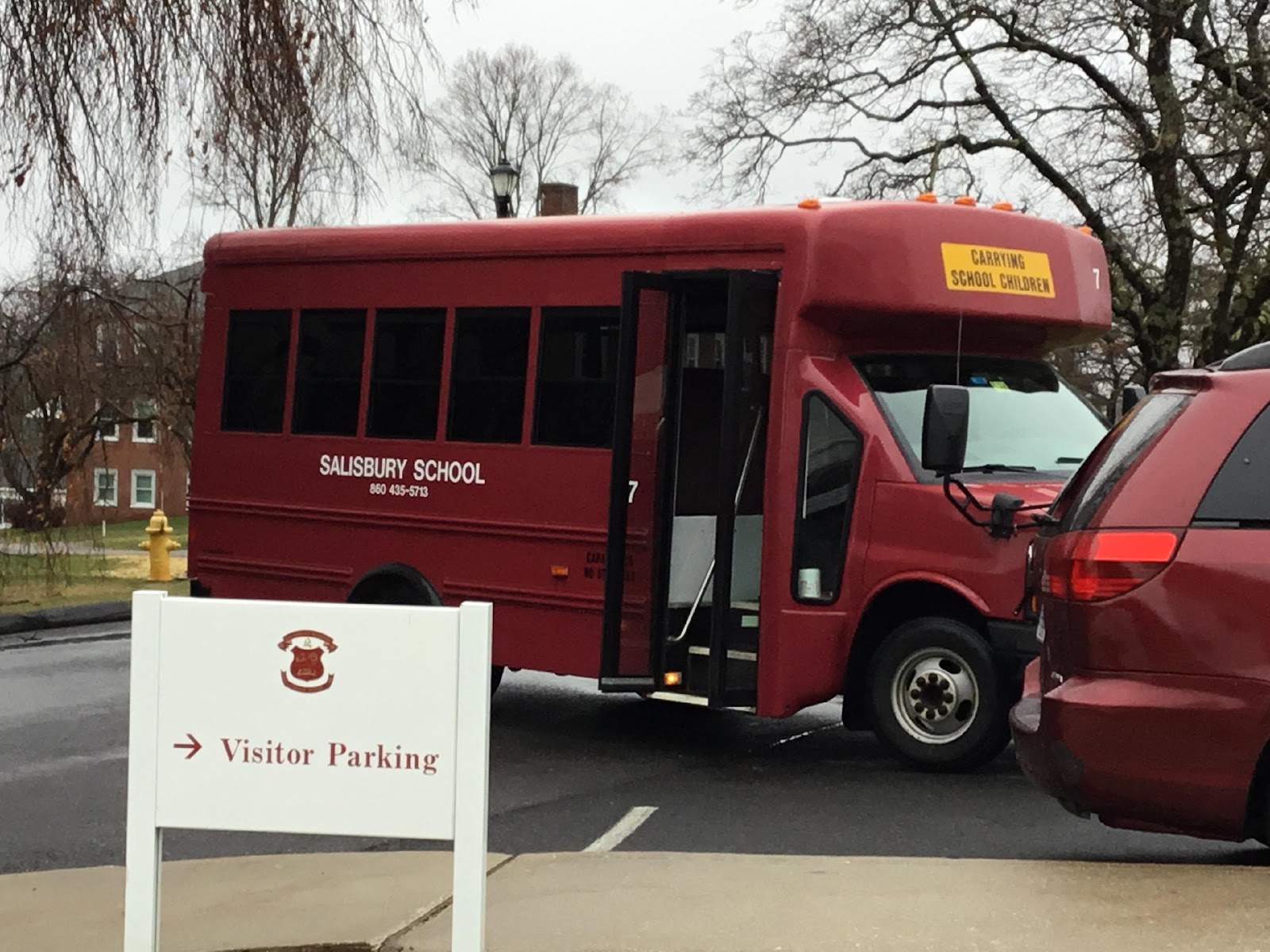 The tour was extremely well organized but incredibly “dense” in terms of information and schools visited. May and Louise had been on this tour before and had seen all but one or two of the schools, but it had been at least 5 years ago and time to update our knowledge of these excellent boarding schools.

We started on Monday with Marvelwood School in Kent, CT.  May and Louise each have a student at this school currently.  Their website says:  Imagine a supportive community of students and teachers where you’ll tackle exciting challenges and discovery passion that will change your life.  The Head of School, Arthur Goodearl, described boarding schools as “a safe place to learn social skills” and to form spontaneous associations.  They are a very small school (140 students as of this visit) but with over 80 classes.  They do great hands on learning and are one of only 3 licensed bird banding stations in the state.  They are using drone technology to study streams and wildlife.  There is a major upfit of dorms planned for the summer of 2018 and students are very much involved in the local community and the world through the diversity of students enrolled here. 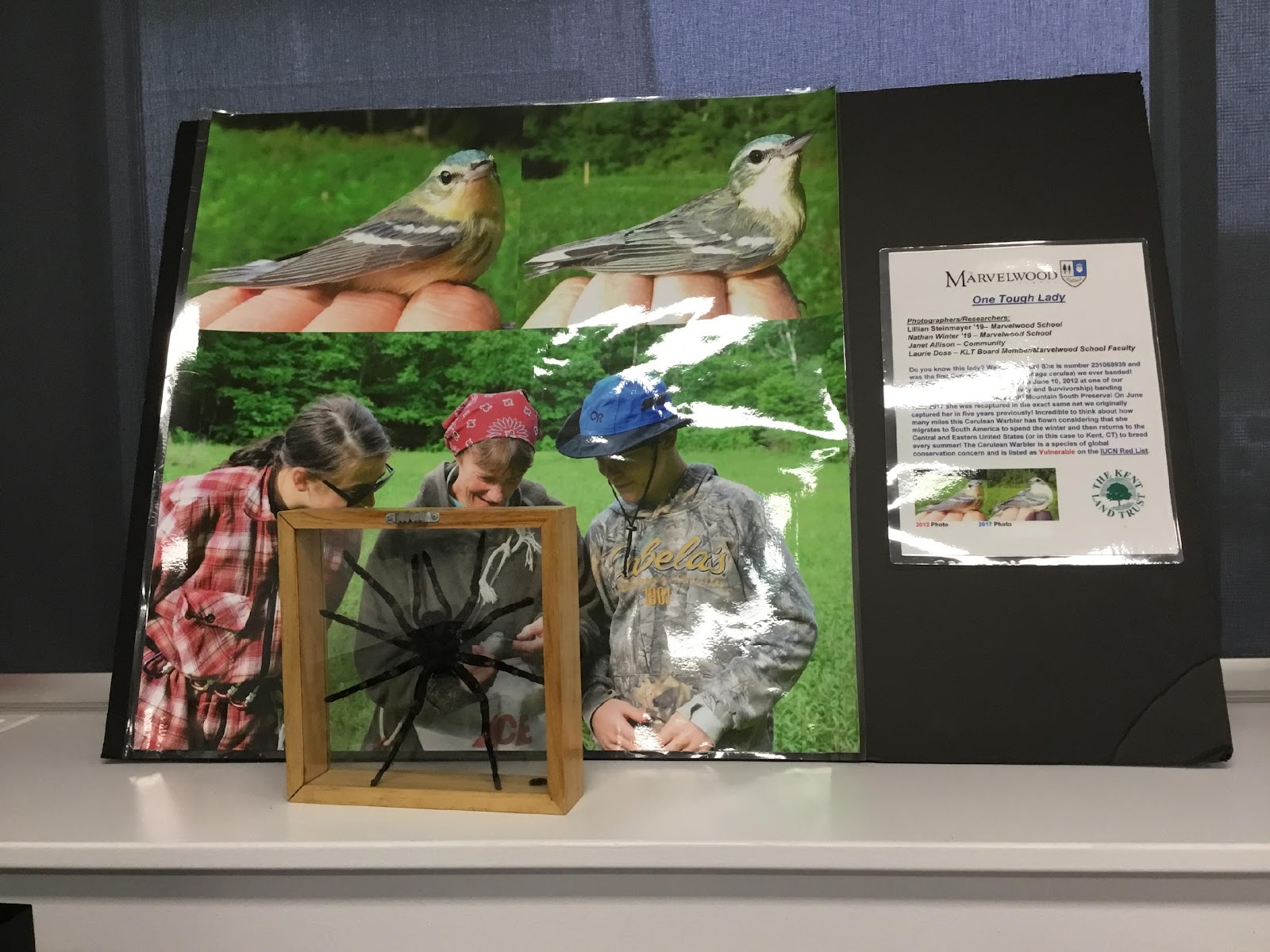 Next, we went to Indian Mountain School in Lakeville, CT.  Indian Mountain School is a Pre-k through 9 school, with boarders at the “Upper School”.  We got to meet the “new” (as of 2015) Head of School, Jody Reilly Soja.  She came to Indian Mountain School after heading up the middle school at the National Cathedral School in Washington, DC.  Her husband, Kevin, was formerly the Dean of Students at Episcopal High School and is now the athletic director at Indian Mountain.  The school grounds and buildings had been through major renovation and look great. We loved how much hands-on science the students were engaging in.  There is an 8 week intensive semester on the school calendar that combines science, history, and English and asked the students to study, in groups of 4, sustainability issues that reach into environmental, economic, political, and social/cultural issues. 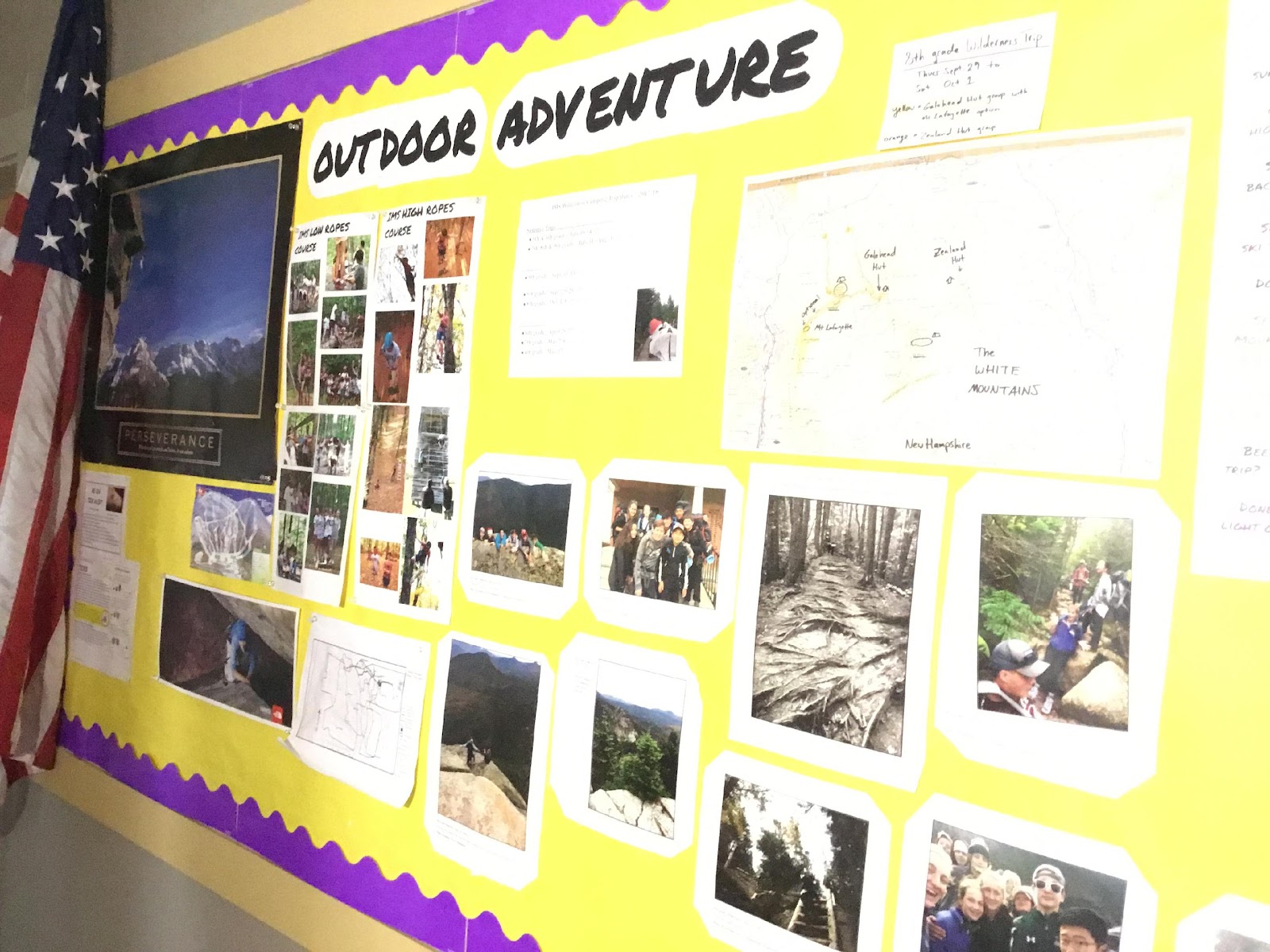 From there, we went to Hotchkiss School, also in Lakeville.  Founded in 1891, Hotchkiss is one of what we would call the “Ivies” of the boarding school world, with over 600 students from all over the world.  They are one of only a few schools that are part of Round Square Schools—with sister schools and programs around the world.  There are over 300 adults involved with these students, with over 94% of the school being composed of boarders.  Part of what makes the school unique is their 189 acre farm, which teaches students about hard work and “farm to table”.  Everything here is first class and larger than life! The biggest issue is that a student must come ready to learn and grow and must be pretty self-motivated and independent to be successful.

Our last school of the day was Salisbury School, in Salisbury, CT.  This school we know well and have had great respect over the years for their admissions director, Peter Gilbert.  Chisholm Chandler, Head of School, gave us a warm welcome. As he put it, “We embrace the culture of boys.” The campus facilities are incredible and while one would expect there to be outstanding athletic facilities, the art center is equally impressive with boat building, ceramics, painting and drawing.  Also impressive is the Rudd Learning Center, where students can get support for reading issues or extra help in their core subjects. We liked that they call the writing support center the “writing garage”! Salisbury has about 300 boys and about 1/3 use the support program. New plans include a new student center in the center of campus. 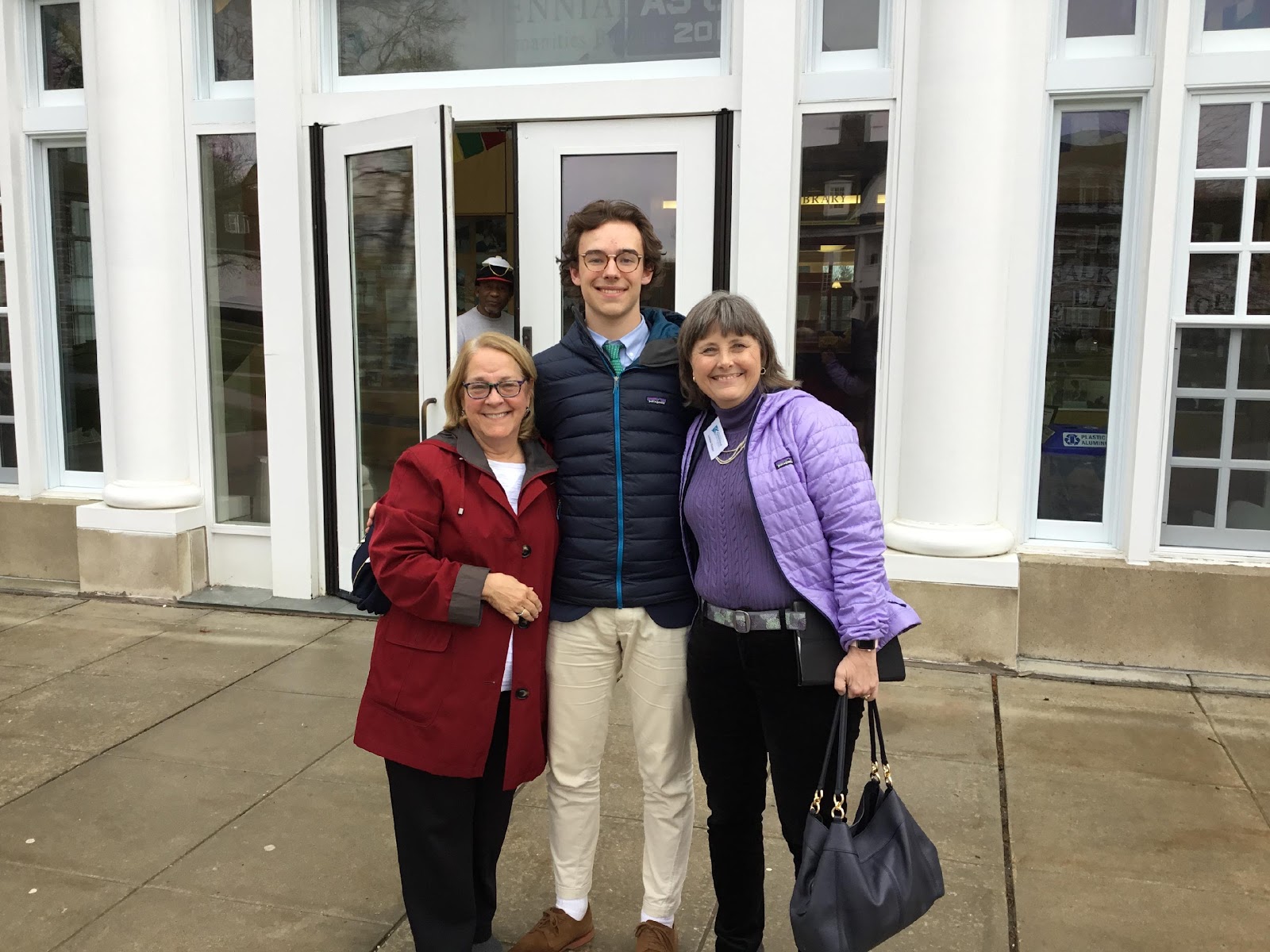 On Tuesday, we went to see Kent School in Kent, Connecticut.  We had an excellent tour of this very large co-ed boarding school with close to 600 students.  Kent School has very strong academics and extracurricular and a beautiful campus.  Students do so many different things, depending on their personal goals and interests.  The young man that toured Louise was very interested in computer science and math and spoke 3 languages!  We were shown a new building in town that housed a robotics and engineering center and a beautiful dance studio. 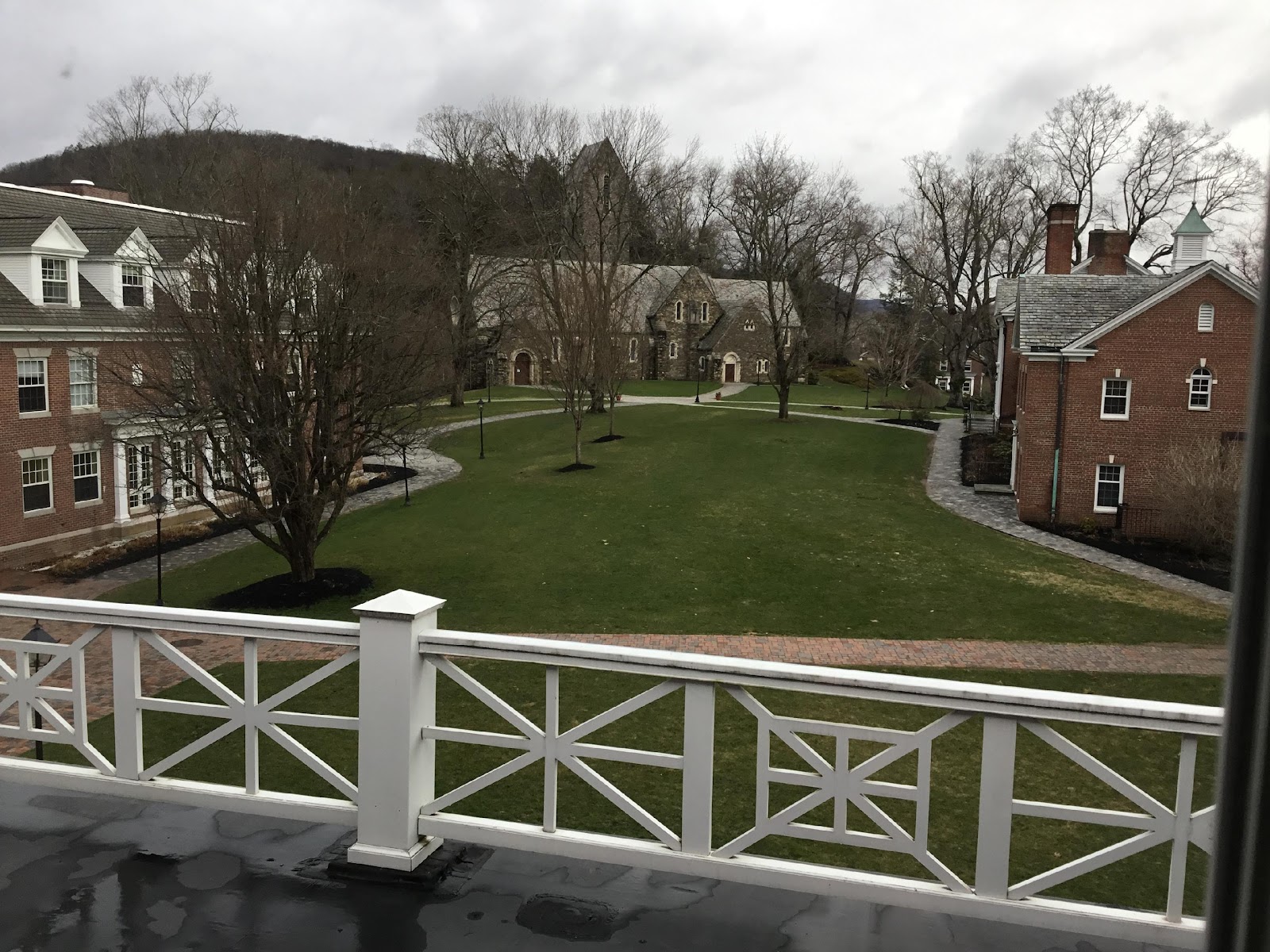 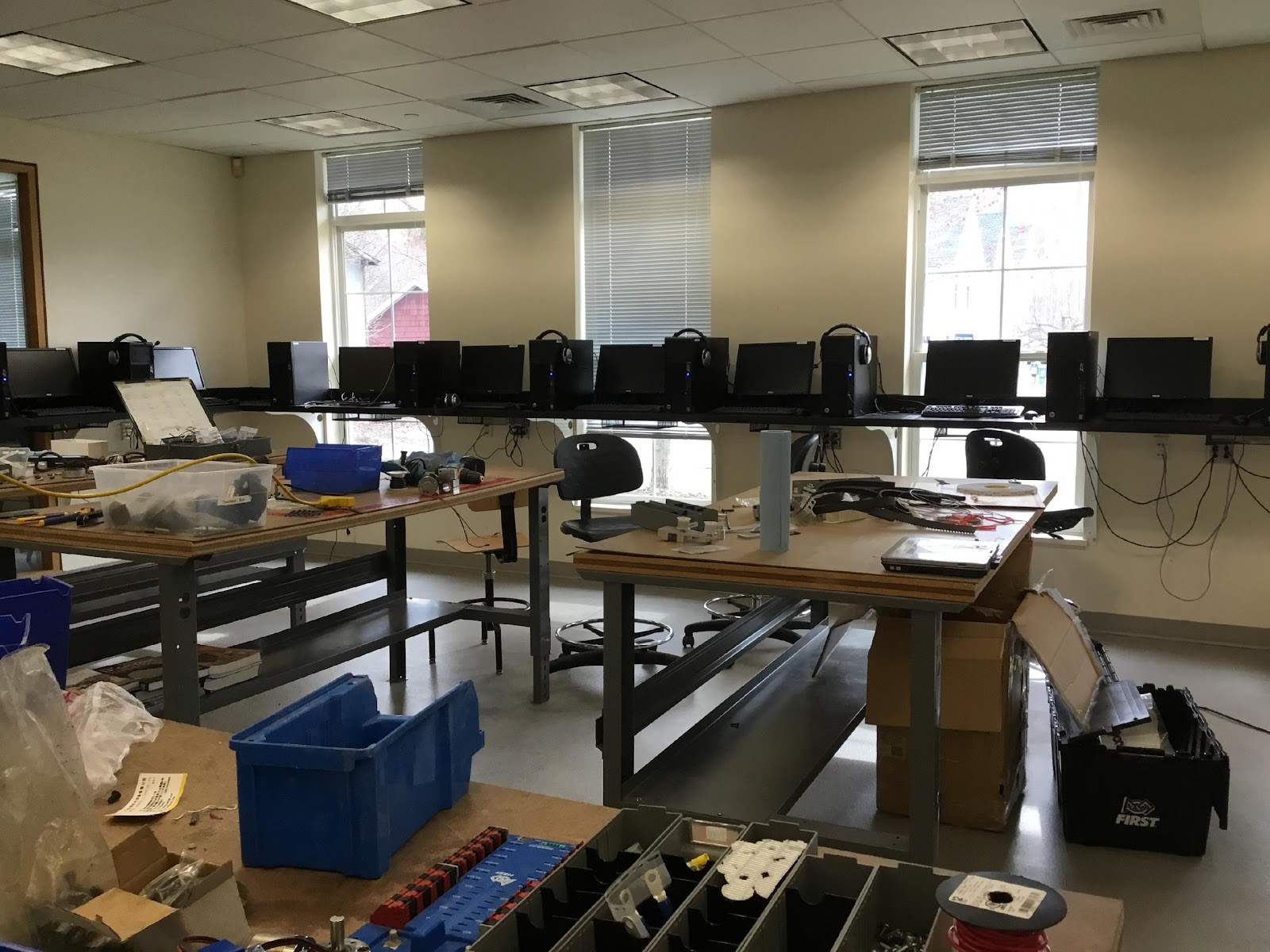 Next, we went to South Kent School.  While Kent School is very large and co-ed, South Kent is a relatively small single gender school with less than 200 students.  When we first arrived, we were taken to the farm program, which has become a wonderful part of the hands-on environmental science program.  The Head of School, Andrew Vadnais, is on a personal mission to teach his students about the future through the Center for Innovation. The Mission Statement is: to teach students sustainability, resilience, and wholeness through the spheres of Sustainable Earth, Sustainable Design, and Sustainable Community.  As part of this teaching program, the school has a greenhouse, wetlands, chickens, cows, goats and soon a large building to teach culinary arts.  In addition, the ice hockey Select Team just won the national championship! 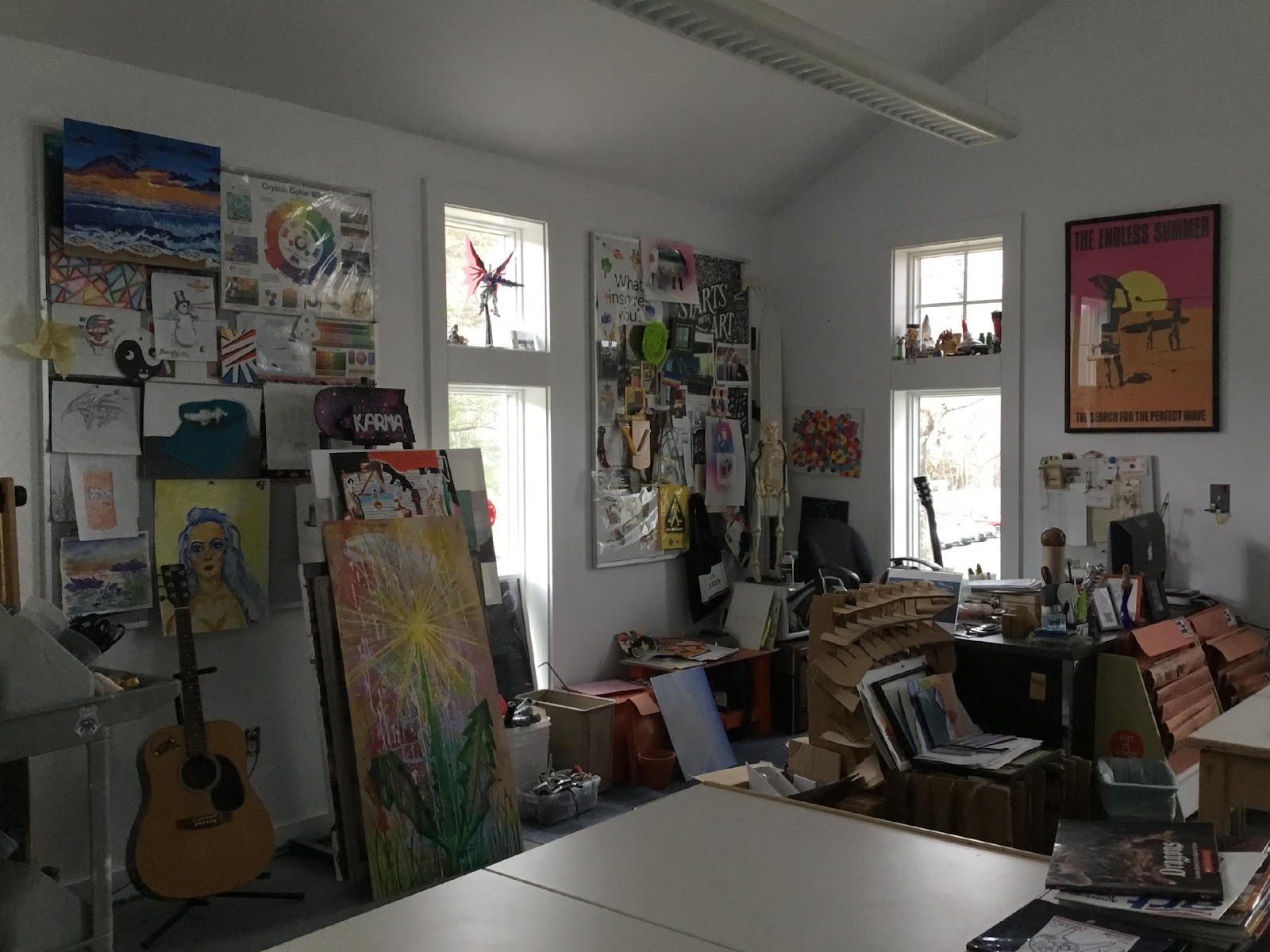 We then traveled to Rumsey Hall School, sharp contrast to the last three, as it is a junior boarding school for boarders, grades 6-9. This campus is very warm and welcoming for younger students and we have had great experiences here with families.  We have known Matt Hoeniger for many years and respect the faculty and their values.  Matt was a student here himself.  We loved watching their new video: https://vimeo.com/264617789/cc3b173e8e and going on tour with the students and our short time with their faculty. The values of the school are a good synopsis:  honesty, kindness, and respect.  Everyone we met here exudes those values for each other. 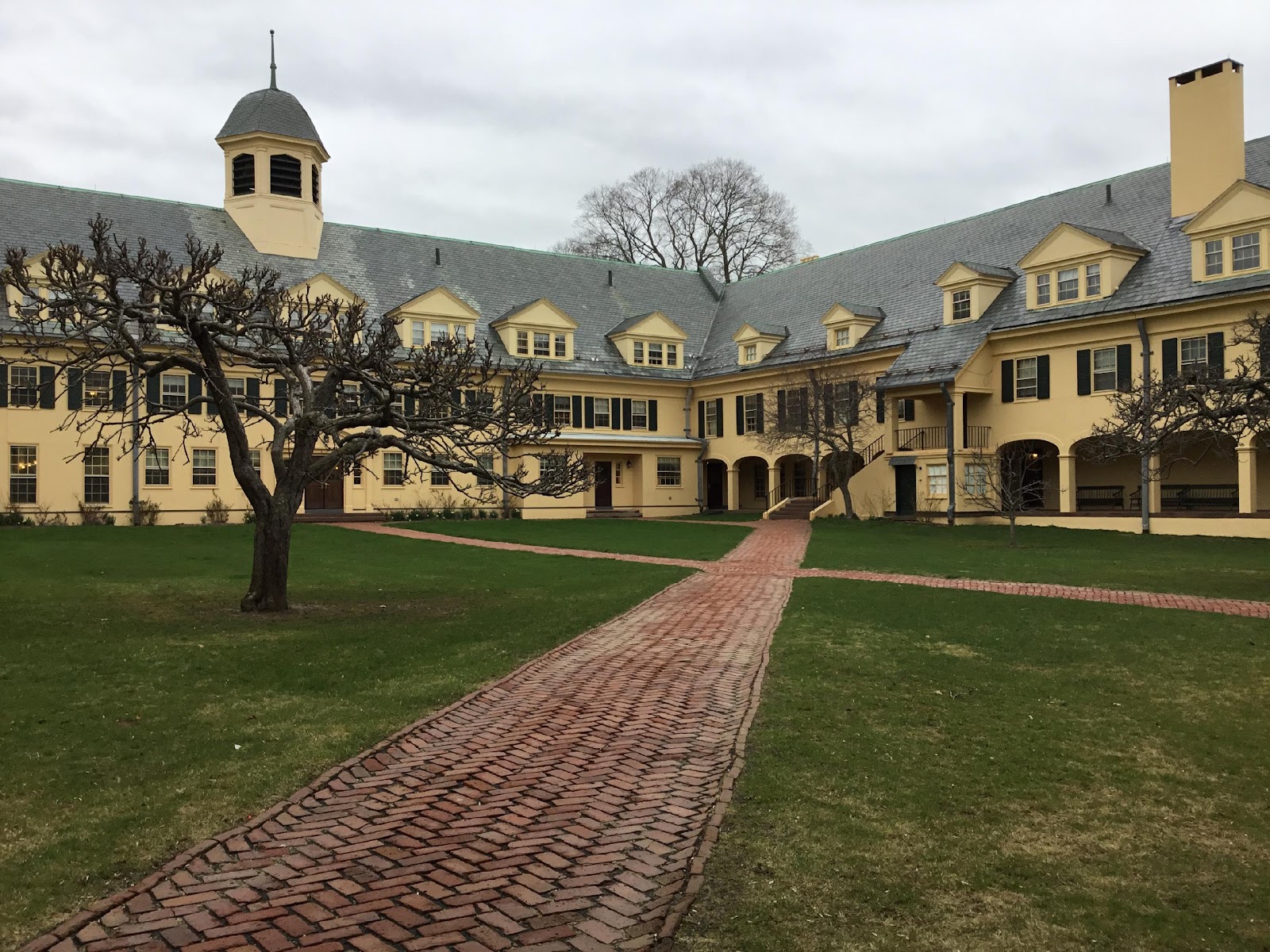 From Rumsey, we went to Westover School.  Westover has a rich history, and one great fact is that a noted female architect, Theodate Pope Riddle, designed the original buildings at the turn of the last century.  We met the new Head of School, Julie Faulstich, upon arrival and she talked about how she really supported single gender education and wanted students who attend there not to try to “fit in” as much as to “belong,” borrowing from a quote from author Brene Brown. It was great to see a colleague we have known for many years, David Tuttle, who has been recently named admissions director. The historic feel of the school and the enthusiasm of the girls giving us a tour was infectious.  There are many great academic and extracurricular programs, but one that is notable is the WISE program (Women in Science and Engineering).  Westover also is in the process of building a new student center on campus. 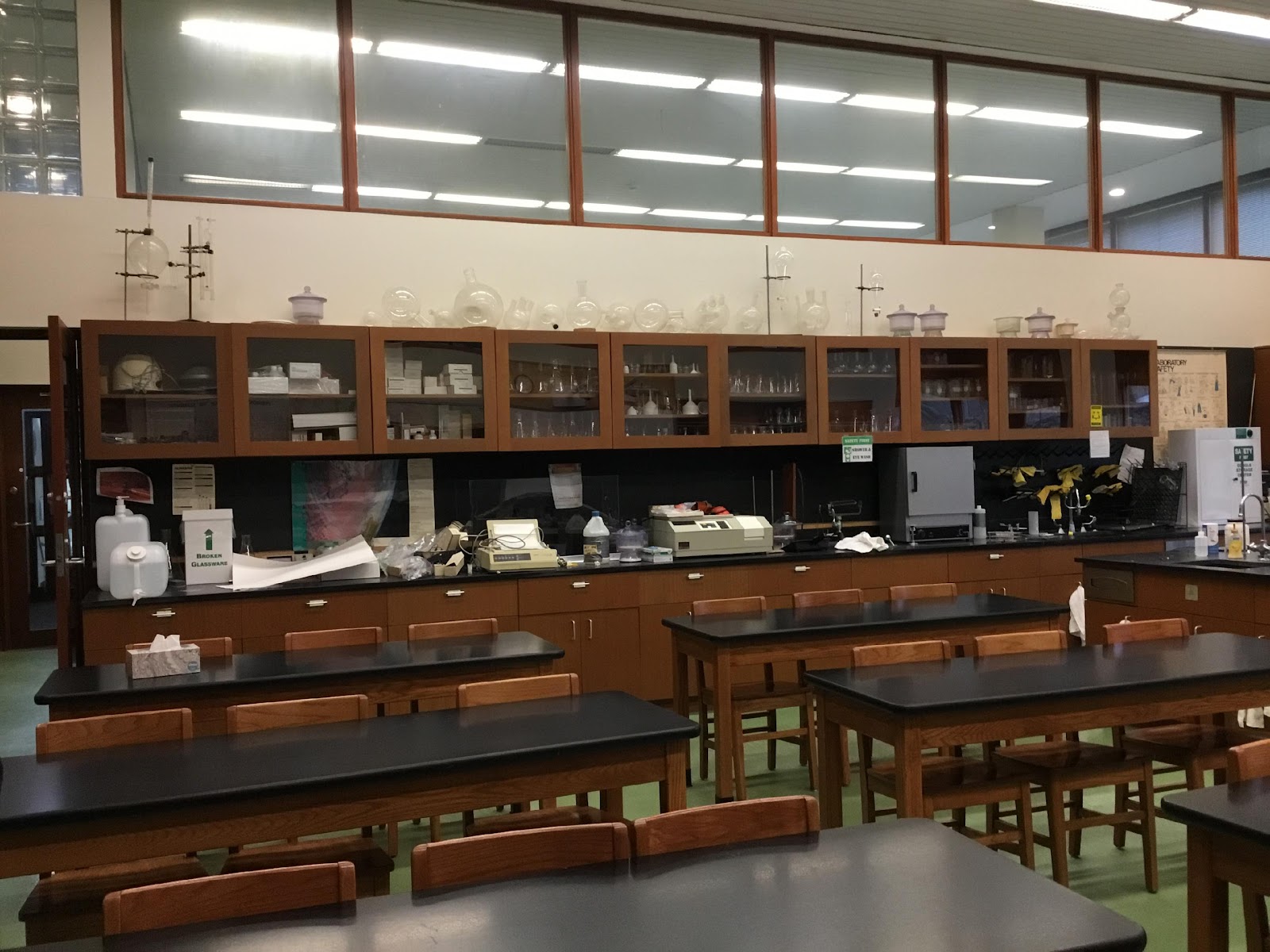 On Wednesday, we started out the day at Woodhall School in Bethlehem, CT. Matt Woodhall, Head of School, took over the leadership from his mother Sally Woodhall but she still visits the boys!  We have known and respected both Matt and Woodhall School for many years.  Woodhall works with young boys who are of average or above average intelligence, but who need more support for social skills and executive functioning skills.  Often boys have a diagnosis of LD, NOS (learning difference, not otherwise specified), which is an indicator that they don’t fit easily into one particular diagnosis.  The school’s core values are integrity, compassion, and respect.  The school is purposely small with only 35-42 students. A unique feature of Woodhall is their “Committee for Accountability.”  Anyone who needs to respectfully bring up an issue or a disagreement can request to discuss the issue at these community wide meetings.  They are   help to create a culture of acceptance and tolerance. 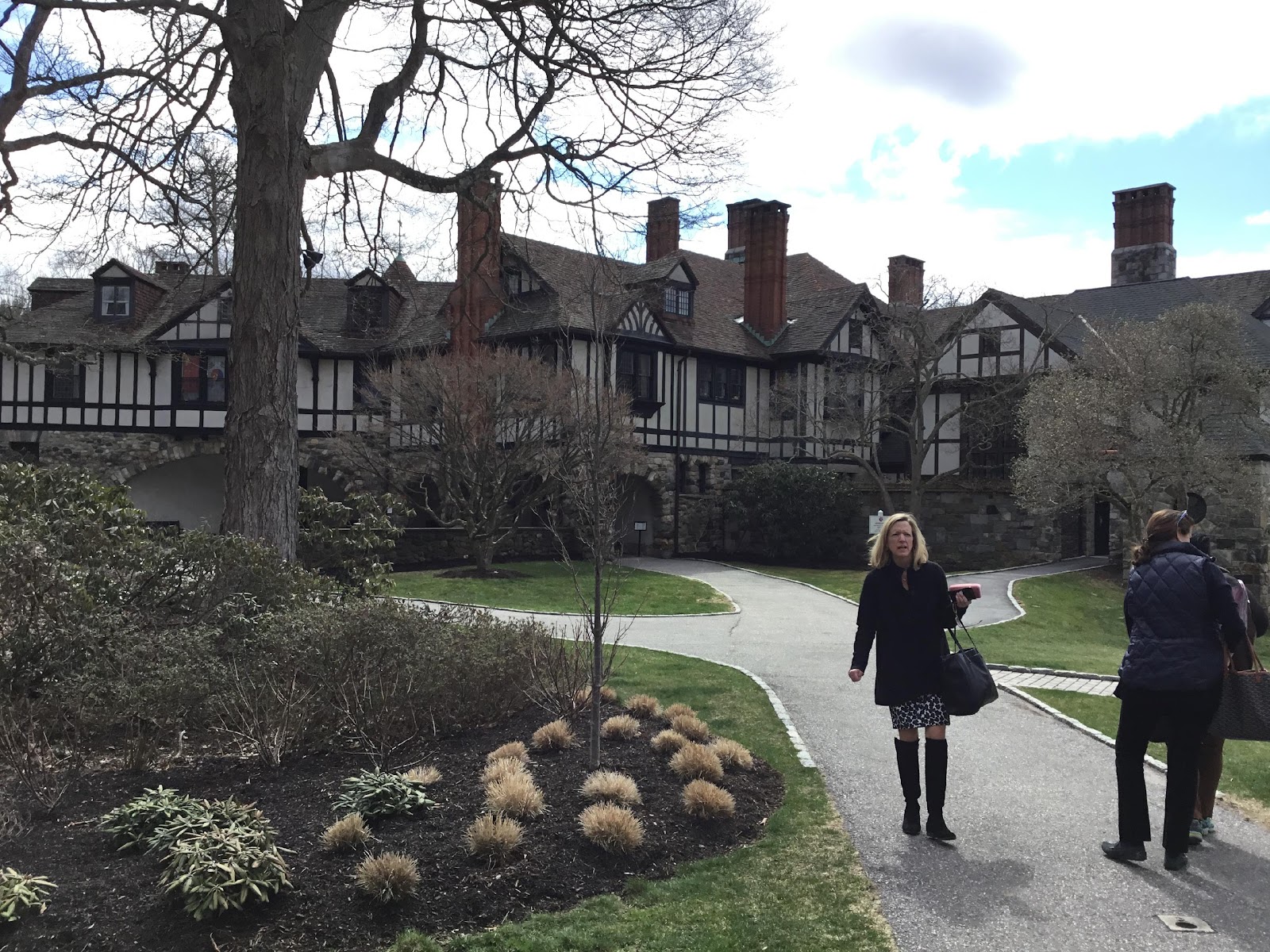 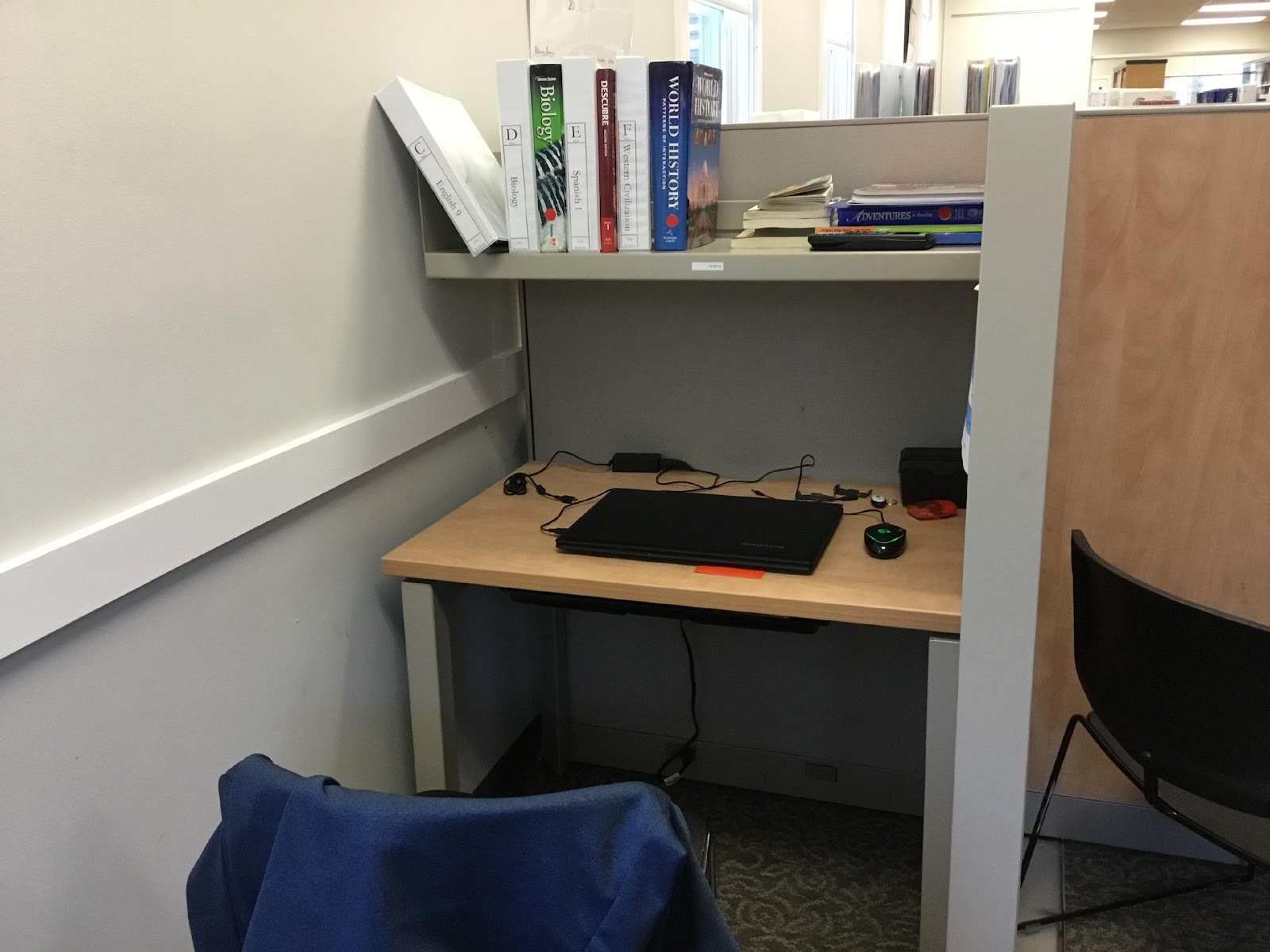 Next, we toured The Gunnery School in Washington, CT.  It has been several years since we have been there and there are several new building and much change for the better!  We were greeted by Peter Becker, Head of School, and our friend and colleague, Dr. Brian Konik.  Brian works for Pacific Quest Wilderness in the summer and is the school’s Director of Counseling on staff during the school year.  Another familiar face is Sara Lynn Leavenworth, who was previously at Forman School.  Gunnery has about 300 students and has very strong academics, as well as strong sports and arts.  Peter Becker wants students to focus more on meaning, purpose and character. This school is also in the midst of a large capital campaign to build a new Arts and Community Center which will become the central focal point on campus. 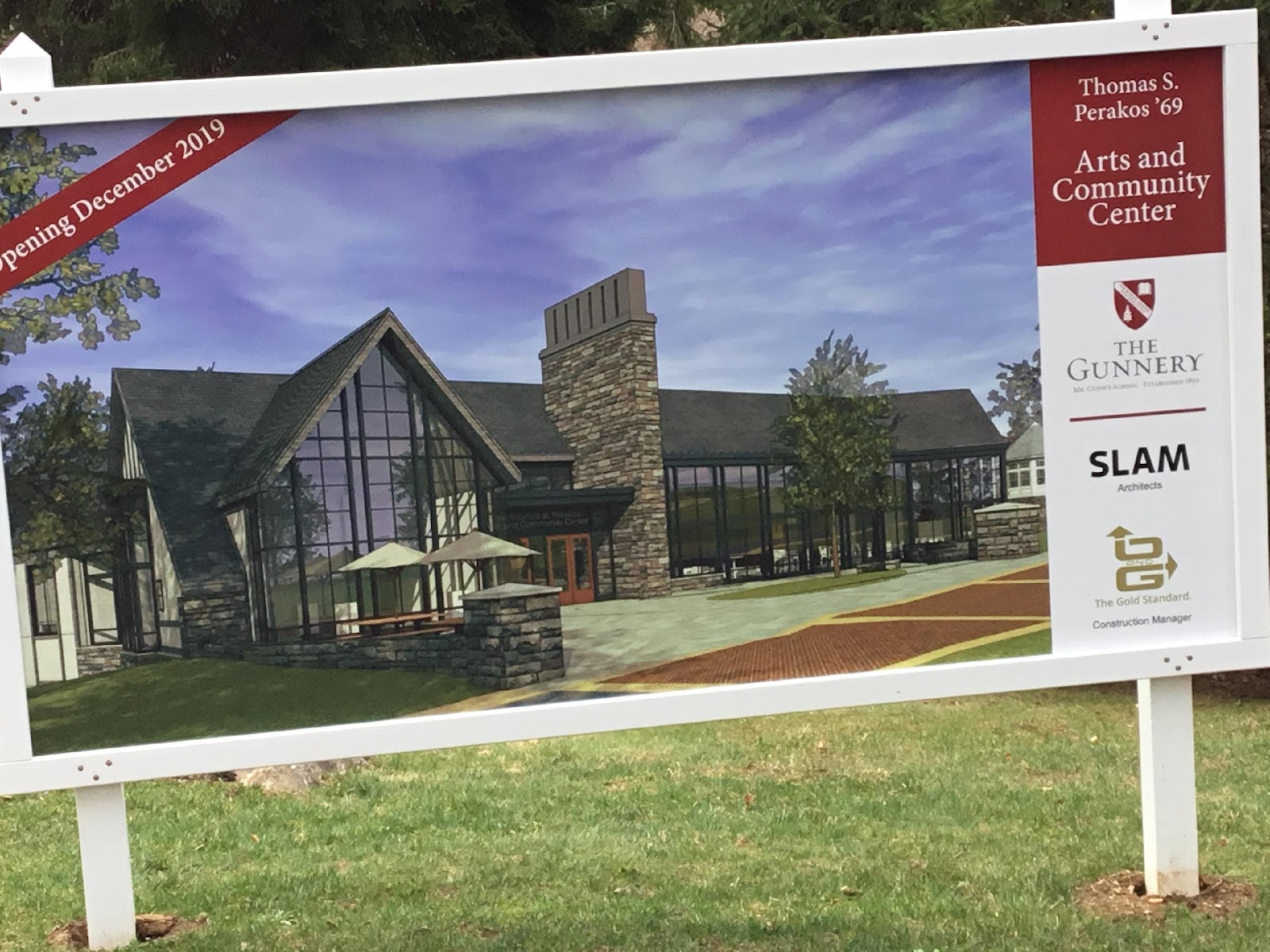 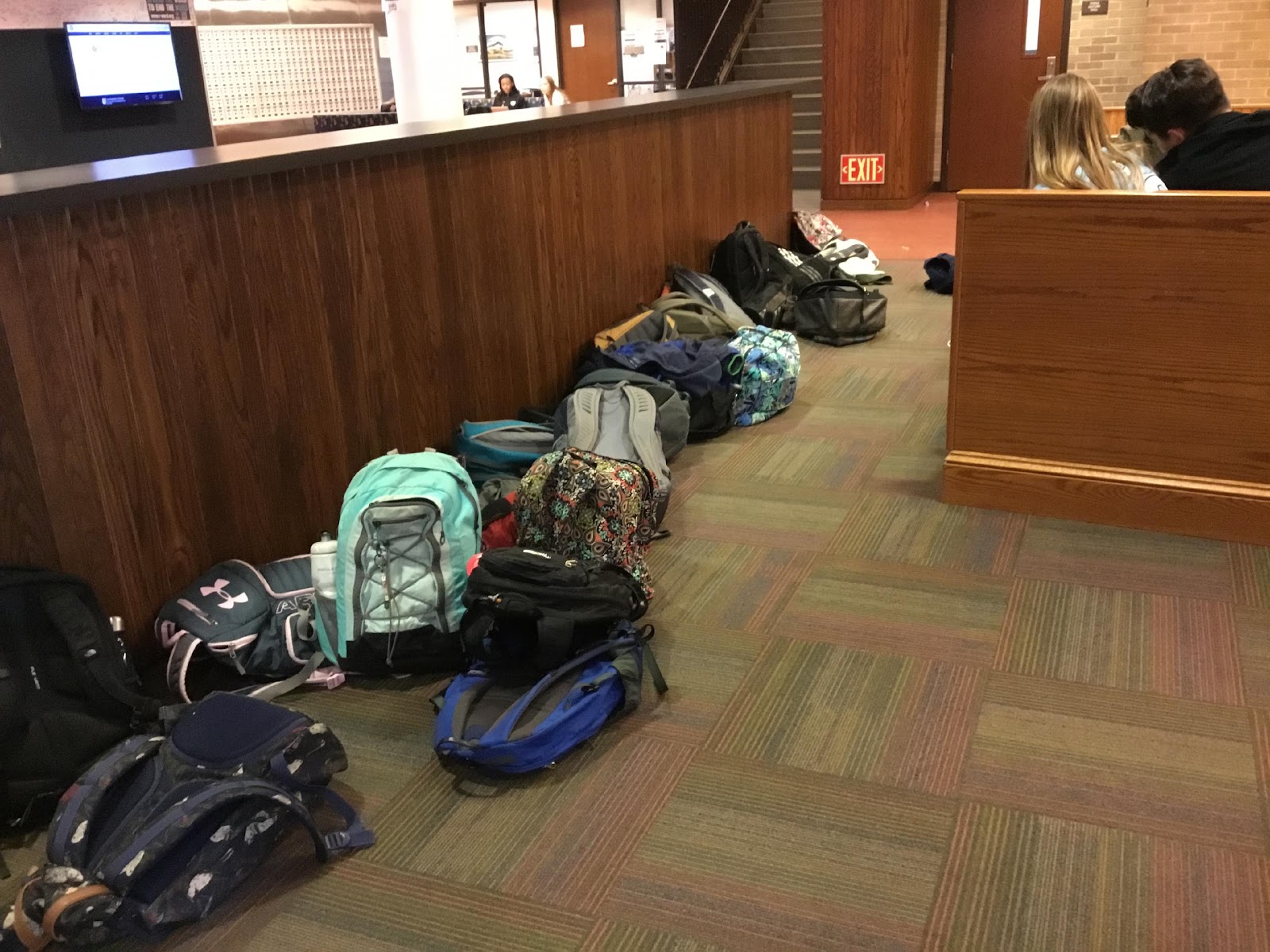 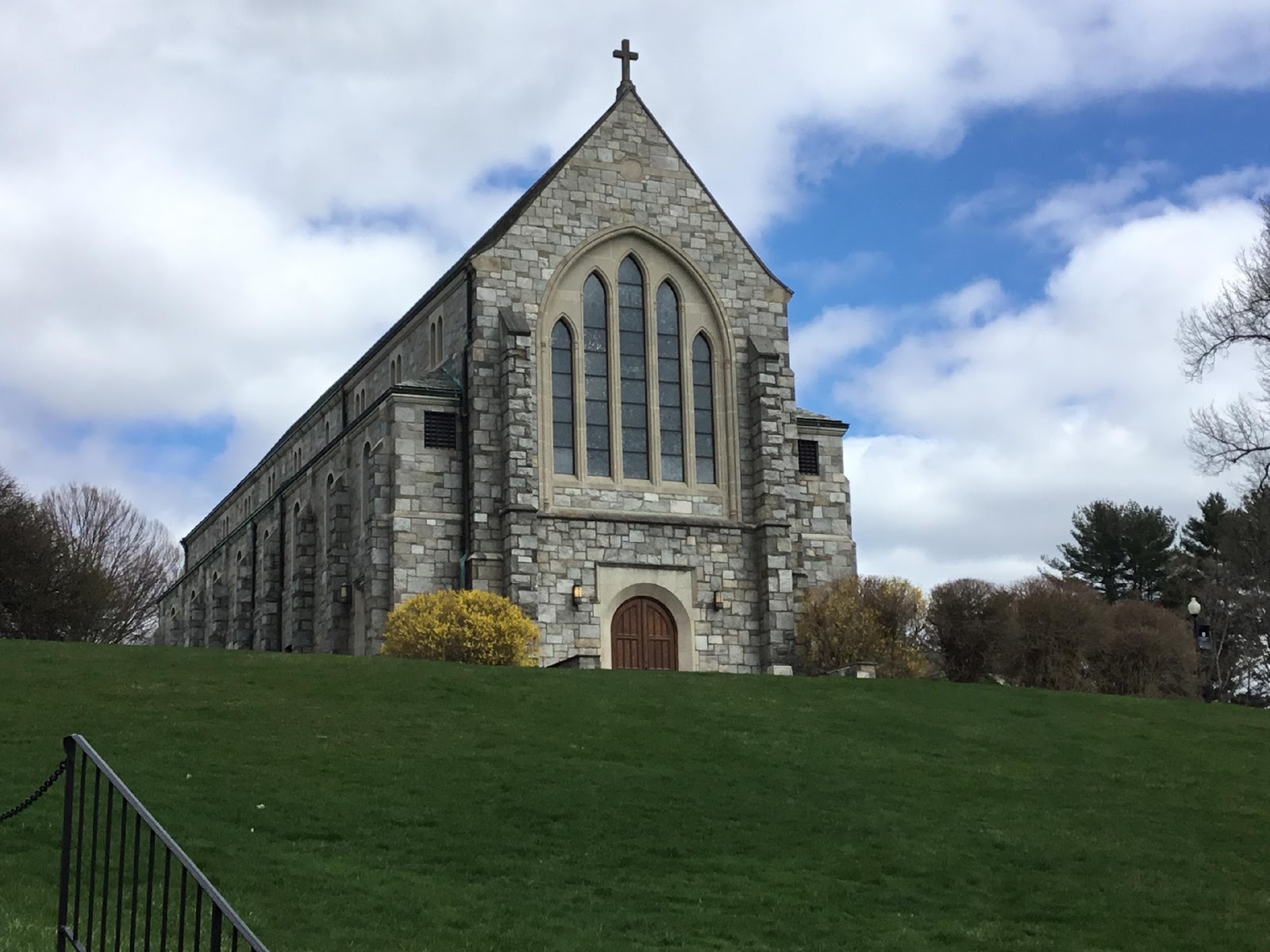 There is a newly hired Head of School, Rachel Stone, who breaks from tradition as she is both female and not Catholic! Catholic students can still attend Mass and be a part of the Sacristy, but Muslim, Jewish and Protestant students are also a part of the school and can observe their own customs. The school focuses on leadership, service, and community.

As we ended the week with yet 3 more schools on Thursday, we were all getting a bit weary! We pressed on to see Taft School in Watertown, CT.  Taft was founded in 1890 and you can feel the deep roots of tradition as you walk the beautiful campus.   There are approximately 600 students there and many countries are represented, with over 200 courses taught by 130 faculty. The layout of the school creates opportunities for intersection and interaction.  Head of School, William “Willie” MacMullen believes Taft challenges students to push themselves to the high wire of achievement but then provides a safety net so that students can build resiliency. The students we met at Taft were definitely high achievers. 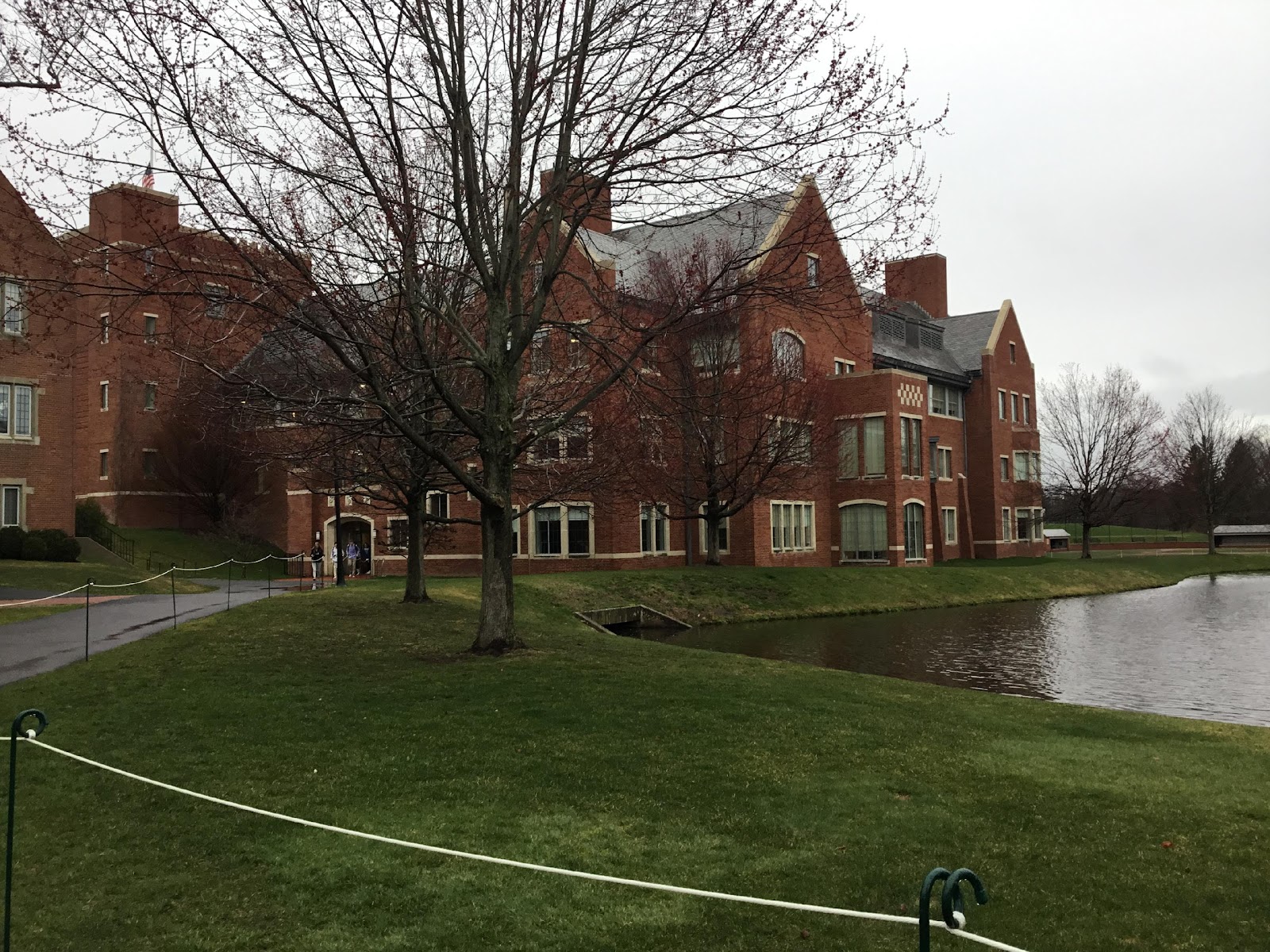 By mid-morning, we left to go to Cheshire Academy.  Cheshire is literally in the middle of Cheshire, CT.  The school has a long history, founded in 1794.  One of its famous alums is J.P. Morgan and it was once an all-boys school.  It is now a co-ed school with approximately 440 students.  Julie Anderson is the Interim Head of School and was a part of the faculty before being named interim head.  The arts are particularly impressive and student who plan to go to art school have their own space to work and build their portfolios.  Cheshire is home to many talented teachers and we enjoyed spending time with several of them.  For example, the head of the Physics program was able to make Physics understandable and fun for the students. 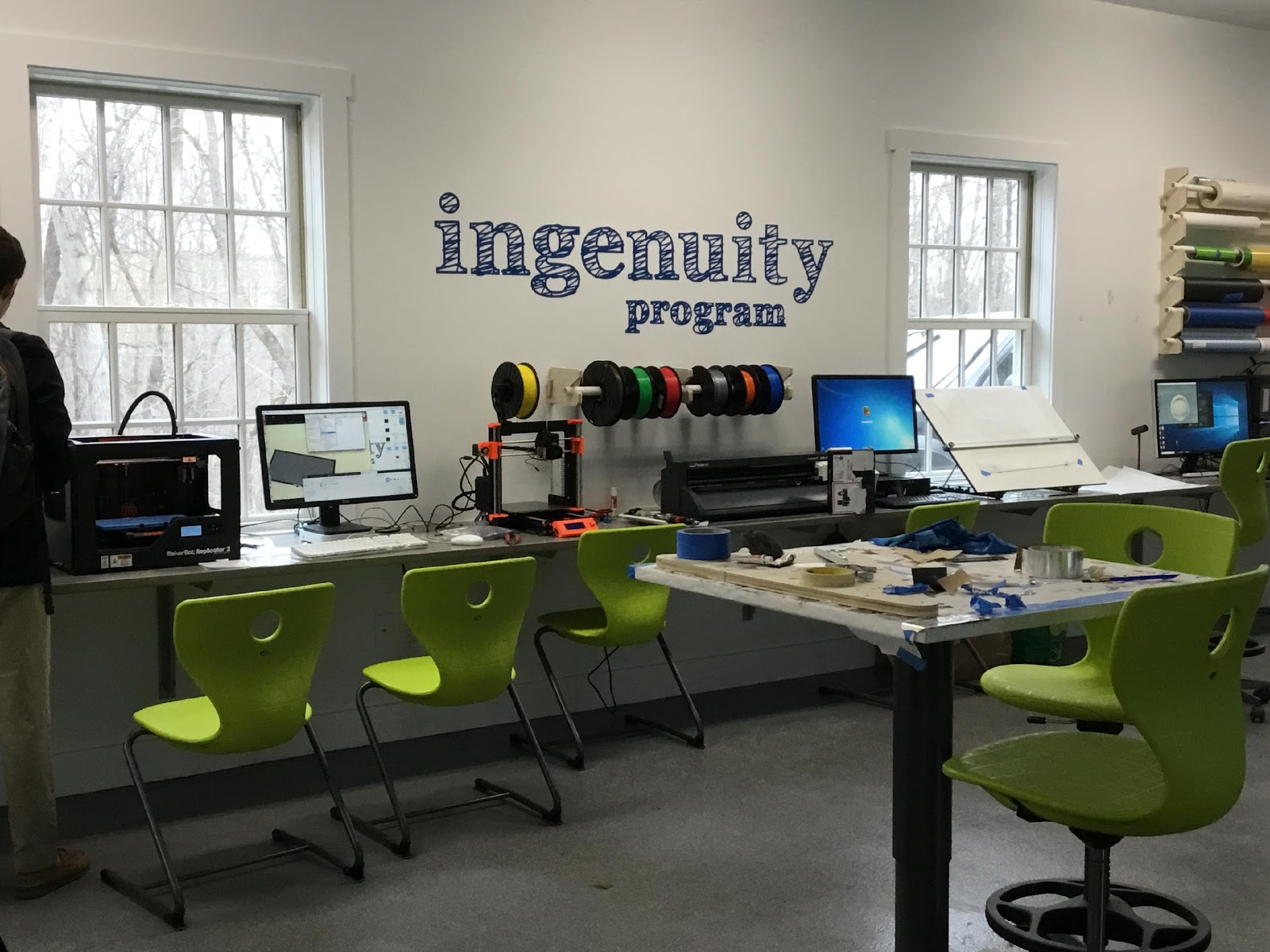 Our last stop, was Forman School in Litchfield, CT.  Forman is a special school for students who learn differently. Forman is relatively small by design, with about 220 students, most of which are boarders.  The mix is about 2/3 boys to 1/3 girls.  Students here can get support from their cognition and learning department in 5 areas: reading, metacognition, executive functioning skills, executive functioning coaching, and math.  Many students use assistive technology to further their learning.  One new feature of the school is their ingenuity center where students can create new businesses and learn about entrepreneurship.  Students get involved in both community service and the student Jobs Program as well.

This trip was long, arduous, and tiring…. But worth meeting and seeing first hand all of these great boarding schools. May and Louise are proud that they can say to parents often, “Yes, I’ve visited there.” Or “Yes, I’ve had a student there.”  Part of being a member in good standing at the IECA organization is a commitment to travel to and see schools first hand.